This was a recommendation from the excellent Twitter account @NotableReleases which is run by Richard Alvarez and JR Smith, who I don't know. I've never played a Carlos Coronado game before but this one is amazing.

Here's my pitch: it's realistic first-person Pac-Man, by which I mean it is totally terrifying. Pac-Man, after all, is trapped in a maze without exits, where he is eternally hungry and relentlessly hounded by ghosts. 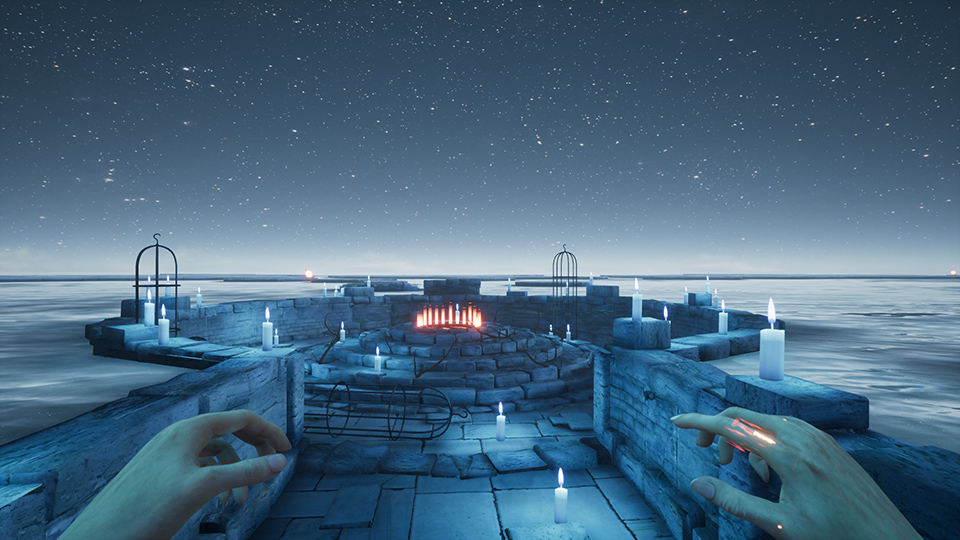 Infernium takes one of the oldest, most recognizable videogames, and warps it — almost beyond recognition — through the lens of several other contrary but equally beloved works.

One of the most clichéd ways to talk about a videogame is to describe it as you would a cocktail recipe: "it's one part Space Invaders, two parts Pong". And in spite of myself, I can't explain Infernium any more clearly than to say: it's Pac-Man with the level flow and progression mechanics of Dark Souls, the environmental narrative strategies of Myst, the traversal mechanic from The Sentinel and parts of various other games mixed in. But I'm not just describing the characteristics of the game — it lifts these elements exactly from the source material, more like a cultural collage than a normal literate game.

In the first few minutes I was playing it, these borrowed elements struck me as annoyingly heavy-handed or even fannish. But it quickly becomes clear that they aren't there as a nostalgic wink or a respectful nod toward classic games. It's a game about those games. Infernium wants you to think about Dark Souls, to the point where it opens a shortcut right above an area that almost perfectly mirrors Firelink shrine, and to the point where it uses bonfires to checkpoint your progress and gives you one last chance to retrieve your money when you die. It wants you to think about Myst and Riven, to the point where there are barely-decipherable books littered around the environment, a coastal ruin full of mysterious glyphs, and lever puzzles everywhere. Playing it, I find myself drawing on things I know about slipping away from ghosts in Pac-man and marrying that with my expertise in avoiding Balder Knights in Dark Souls. This makes for a very unusual and original kind of experience. 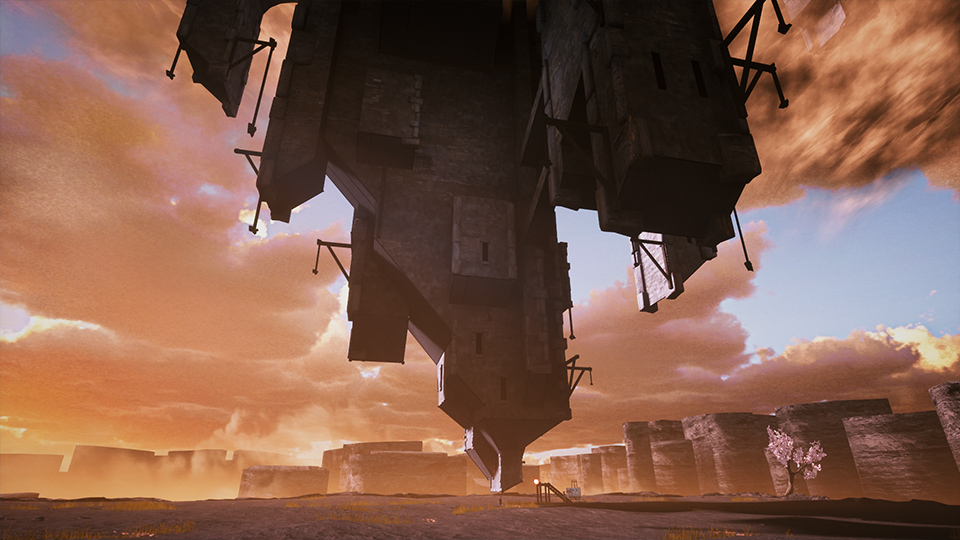 But aside from all of that, these disparate borrowed elements are blended very skillfully into an actual compelling, sizeable videogame. It's genuinely scary, and challenging in exactly that way the first Souls game you played was, before you internalized and broke down the underlying systems. It's stark and lonely and gorgeous like the best of the Myst series. But under it all is a very good joke: it's Pac-Man.

Ah, that is such a good idea!